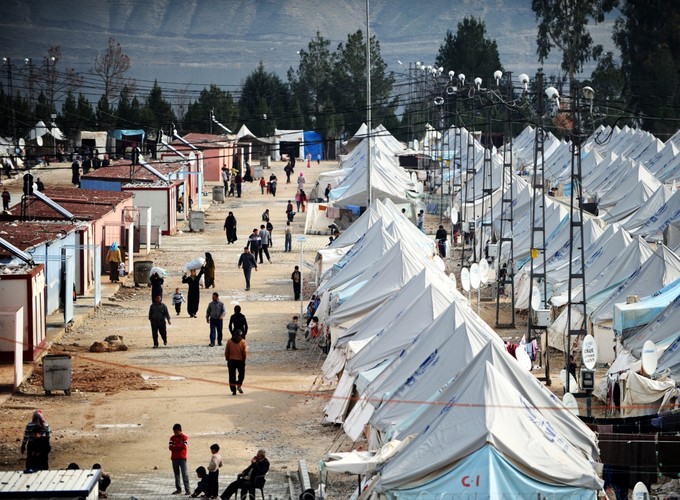 In light of the ongoing events of the Syrian Civil War, many governments have shifted the focus of their hospitality efforts from providing temporary shelter to sustaining this new long-term population. In Turkey, a heightened focus has been placed on the encouragement of integration of Syrian refugees into Turkish culture, through the dismantling of Syrian refugee-only schools in Turkey and attempts to grant refugees permanent citizenship, among other strategies. Most of the existing literature on the integration and assimilation of Syrian refugees in Turkey has taken the form of surveys assessing the degree to which Syrian refugees feel they are part of Turkish culture and the way Turkish natives view the refugee population. Our analysis leverages call detail record data, made available by the Data for Refugees (D4R) Challenge, to assess how communication and segregation vary between Turkish natives and Syrian refugees over time and space. In addition, we test how communication and segregation vary with measures of hostility from Turkish natives using data from the social media platform Twitter. We find that measures of segregation vary significantly over time and space. We also find that measures of intergroup communication positively correlate with measures of public sentiment toward refugees. Attempts to address the concerns of Turkish natives in order to minimize the traction of online hate movements may help to improve the integration process.

You can read the full article here

My research interests include demographics of Hispanics in the United States, contextual influences on population processes, validation of digital trace data, and spatio-temporal bayesian modeling matter.